Inductive charging (wireless charging) is a bit more complicated than the typical USB charging and considering Galaxy S7, the technology needs to be refined. S7 has not been working 100% with wireless technology and that’s why there’s a need to troubleshoot the problem.

Below are some common problems that S7 users face while wireless charging:

Majority of the S7 users don’t align the QI wireless charging pad to the smartphone correctly, hence unable to charge the device 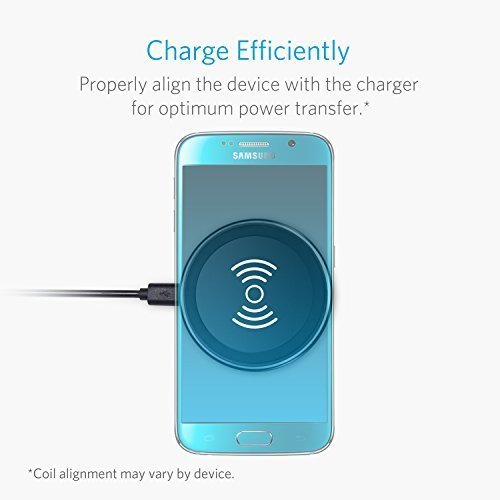 Many S7 users have faced the problem of charging being paused. Well that’s something the internal of the phone has to do, for example Galaxy S7 pauses wireless charging in sleep mode.

This means that the user needs to disable sleep mode from the phone settings:

‘Daydream’ features disables sleep mode while charging, so that the user can fix the wireless charging problem.

Boot your phone in Safe Mode to identify third party apps. Safe mode booting helps to identify such apps, so that the user can uninstall them and can experience hassle-free wireless charging.

Firmware issues may also cause wireless charging issues. To rule out firmware issues, the user needs to reset the phone.

Note: Backup all your data before eliminating firmware issues

Many users have experience unexpected heating while wireless charging, and many times charging abruptly stops due to excessive heating.

The above problem can be solved by charging the phone while it’s turned off. If the device still heats up (while being switched off) then there must be some hardware issues (contact customer support in this case).

Another troubleshooting step if neither of the above steps works out,

Below are solutions to wireless charging issues

You can try below steps.

This will not erase any data from phone, but rather clear unwanted cache files from phone.

If that didn’t work, it may be a charger issue. Try getting a compatible charger.

If charging problem still persists, send the Galaxy S7 device for a check up at a certified and designated store. Wireless charging problems may cause some serious problems in future, if left unattended.

Does The Apple iPhone 7 And 7 Plus Have Wireless Charging?