Google released Nexus 5x in October 2015 and although it burst on the scene with a lot of nice features, it didn’t have the wireless charging feature of Google’s last three Nexus phones (Nexus 4, Nexus 5, and Nexus 6).

So, Nexus 5x does not have built-in wireless charging while Nexus 5 does. That doesn’t mean Google Nexus 5x can’t be charged wirelessly. Later on that, but first let’s discuss why Google has removed the wireless charging feature from its latest Nexus models.

The in-built Nexus 5 wireless charging feature has been omitted from its latest models such as Nexus 5x (N5x) and Nexus 6p (N6P). This has raised too many questions not only amongst its users but also has amazed the tech gurus.

So, what has prompted Google for such a decision?

The engineers behind the design of Google Nexus (n) series decided to remove the in-built wireless charging feature from the two new models as it would have distorted the shape of the smartphone, which was its USP.

Not only this, they also thought that it was time to introduce USB type-C port, with a reversible connector, among the masses as the older designed port causes hassle when plugging-in the cable. This new cable port speeds up the charging process; so keeping the design intact, with easier  plug-in option and fast charging prompted the designers and engineers behind Nexus 5x and 6p to remove the wireless charging feature from the phone.

It’s interesting while the tech-world is moving towards wire-free connections, Google decided to revert to cables to deliver fast charging times.

Can you still charge Google Nexus 5x and 6p wirelessly if they don’t have built-in capability?

You can convert your Google nexus 5x to charge wirelessly. For this you need to equip yourself with the right kind of accessories. So with these certain steps you can have an idea how wireless charging can be introduced in those phone that do not have built-in wireless charging capabilities.

Why is USB-C connector perfect for N5x and N6P: 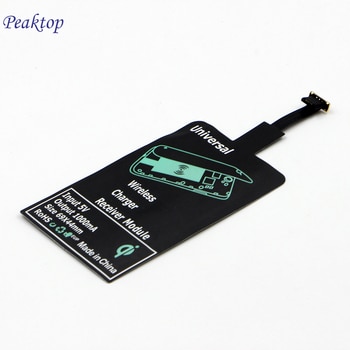 Although Nexus 5x misses wireless charging feature but then it suits the model due to following reasons:

No matter how much charging speed the USB-C connector offers, the N series users still misses the in-built wireless feature in the latter models. Wireless charging is a major goal in the dawn of recent technology; it may be gone for this round of Nexus phones such as N5x but we hope for it to be back soon.

How does the wireless charging through receiver works:

Implications of charging Google Nexus 5X wireless all the time:

However, wireless charging may deplete the battery life because it differs significantly from charging through the port. Charging through plug in may give the phone a break as you can easily get an alert of a low battery. With wireless charging this isn’t the case. There is a continuous use of battery with data transfer and background downloading. As a result the battery is stressed leading to its reduced life span.

Why my IPhone7 is charging slowly but draining quickly and how to fix it?

Most of the iPhone 7 users have faced slow charging issues as well as battery draining quickly. The phone comes with a higher battery capacity so it is quite unpleasing and a bit surprising for the users to face such a problem. There could be numerous reasons from clogged port to marred wires to incompatible...

Can laptop bags be used as a school bag (secondary school)?

Choosing a right bag to accommodate secondary school essentials makes a big difference in terms of convenience. Middle school students are often seen running from one class to another with armful of heavy books and folders because their bag size is either small or it does not have adequate space to keep their books. A...