How long does it takes to fully charge IPhone7 and IPhone7plus?

Have you ever thought, how long does it take to charge iPhone 7 using its regular charger? According to the Apple Company claim, it takes roughly 2 hours to fully charge IPhone 7 to 100% from the scratch. For IPhone 7plus, it takes around 3.6hours to charge fully. However, it is advisable to the users not to completely drain the battery and then put the device to charging. Mainly because most batteries contain lithium which may end up internally damaging them when the phone is put to charge at 0%.

Moreover the battery life of the IPhone7 and IPhone 7plus depends heavily upon the screen size of the phones. While, their big screen sizes and brighter screens have their own perks and give them a competitive edge over their predecessor IPhone6s and competitor such as Samsung Galaxy 7edge, but it also results to a shorter life span of battery. Therefore, the 2 hours of charging time of IPhone 7 is way higher than its predecessor and competitor.

Charging time of IPhone 7 for the first time: 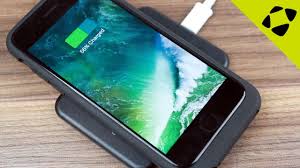 There is no specific guidelines that you have to charge your phone for at least 12 hours when you are using it for the first time. It is because the new lithium ions in the battery of IPhone 7 are more efficient than the old lithium in the batteries. The in-built features cease to charge the battery once the phone is charged 100%. Therefore, there is no point in keeping the iPhone 7 & 7 plus plugged-in to the charger for a longer period of time.

Users also claim that once their IPhones are charged for more than 70%, the chargers can be unplugged as it is sufficient to last for almost the whole day. Furthermore, the lithium in the battery keep the phone fully charged so you can immediately use it after unpacking it from the box. You need not to charge it first and then use it.

Some tips for you to consider:

If you want to fully charge your phone much quicker, then you can go through our guidelines to find out ways to reduce iPhone 7 and 7 plus charging time:

What car chargers should I use for IPhone?

Mobile phone users do need a safe and reliable car charger that they can use while traveling long distance. In order to decide which car charger to buy that you can use on daily basis as well, you first need to look the number of option available in the market. Will a wireless charger suits...

How do I buy a rucksack? What capacity should I choose that would be ideal for a 10-day trip?

If you have decided for yourself, an adventure of a life time, you are on your right track. What propels your freedom and escape from daily monotony is your choice of a perfect rucksack. It is a staple item in men’s wardrobe because it reflects their obsession with travelling, adventure and escape. A large rucksack...