All you need to know about iphone 7 fast charging

Released in the September 2016, the Apple iPhone 7 was the best launch of Apple iPhones till date. A lightweight iPhone with all the fancy specifications including a lightning-quick iOS 10, a camera with some fantastic results and available in three types of internal storage: 32GB, 128GB, and 256GB.

Although Apple never disappoints in any of these features, there has been an issue with every iPhone since its introduction. Yes! You guessed it right. It’s the battery. Apple has made several efforts in recent times to address this issue and provide its customers with continuous usage with plenty of charges.

Apple itself does not claim anything about the iPhone 7 fast charging, however, it does claim that its charge would last 2 hours longer than the iPhone 6s (if used in a particular manner) which implies that they have improved the battery consumption rate.

1.    Get a better power adapter and charging cable 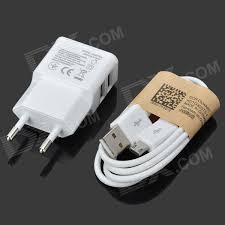 Although Apple has increased the sizes of their iPhones’ batteries, they still provide their customers with a 5W power adaptor along with the iPhone 7. So, if you want to enjoy the iPhone 7 fast charging, you will have to spend some more money on getting better power adaptors from either Apple itself or any third-party manufacturers.

If you opt for Apple’s power adaptors (which is the safest option), you can get Apple’s 10W or 12W power adaptors. On the other hand, if you want to save some money and get an adaptor from a third-party manufacturer, there are several brands to select from such as Anker, Aukey, and RAVpower.

For the charging cable, it is best to use Apple’s USB-C to lightning cable. 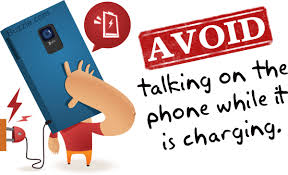 When you are using your iPhone while it is charging, it means that your iPhone’s battery is charging and discharging at the same time which will lead to increased charging time. It is best to let your iPhone rest while it is being charged (powering it off is an even better option) or activates its airplane mode. If it’s compulsory for you to keep using your iPhone while charging, you must make sure that it is on low brightness and no useless application is open in the background. 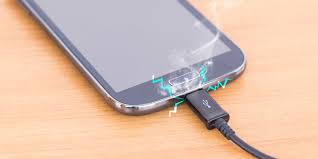 How fast does the iPhone 7 charge? If you use the power adapter provided with the iPhone 7 by Apple, i.e., 5W power adapter, the iPhone will take around hours to charge fully (from around 0 to 100%). On the other hand, if you upgrade your power adaptor to 10W or 12W, the charging time can reduce to as low as 2 hours.

There were several reports of people complaining that their iPhone 7 took as much as 6 hours to charge completely. These statistics might be accurate, but the charging time tends to normalize once the iPhone is charged 3 to 4 times. The charging time can get even better if all the necessary measures are taken.

Are battery cases bad for your phone’s battery life?

Along with the launch of iPhone 6 and 6s, Apple launched battery cases; they are specially designed to give extended battery life and protection. The soft microfiber lining present on the inside which works to protect iPhone and the soft elastomer hinge design makes it easy to put the case on the mobile and take...