How to tell if iPad pro is fast charging?

The most irritating thing for an Apple product user is the charging issue. The device used to take long hours to charge and the power runs out in a brief time. According to many people, this was one of the biggest reasons why people chose other devices over Apple’s devices. However, Apple wanted to change this, and it did with the introduction of the USB-C to a lightning cable which supports fast charging with a 29W power adaptor by Apple or any third-party manufacturer.

Of Apple products and charging!

The iPad Pro comes with a 12W power adaptor which barely fast charges the device even if it is connected to the USB-C to lightning cable; takes around 5 hours to charge completely when the device is not in use while being charged. So, for iPad pro fast charging, you’ll have to spend some money to buy the 29W power adaptor. With the 12W adaptor, the iPad takes around 213 minutes to reach 80% charge when the screen is off.

On the other hand, it takes just 93 minutes when the 29W power adapter is being used. When the home screen is on at 100% brightness, the iPad will take 107 minutes with the 29W power adaptor to reach 80% and 732 minutes with the 12W power adaptor to reach 80%. This is a very significant difference! The reason why we are testing 80% charge here is that the fast charging mechanism functions up to 80% according to Apple and after that, the 20% completes with the trickling charge which helps in extending the battery life.

The reason behind the difference between the two adaptors is merely the combination of amperes and voltage. The 12W power adaptor has a 2.4Vx5A model while the 29W power adaptor has two options: 2.4Vx5A (12W) and 14.5Vx2A (29W) with the latter for devices which are compatible with fast charging. These compatible devices in iPads are just the three iPad pros: iPad Pro 10.5, iPad Pro 12.9 first generation and iPad Pro 12.9 second generation. Other iPads are not compatible with fast charging; if connected to the 29W power adapter, they would charge on 12W at 2.4Vx5A.

If you don’t have the 29W power adapter, you can still take advantage of the fast charging up to some extent. Here are some more tips to decrease the charging time of your iPad pro. 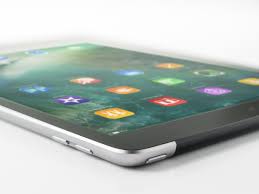 If you are charging the iPad pro and using it at the same time, the battery would be charging and draining simultaneously. This is not at all recommended if you want to fast charge your iPad pro. Make sure to let your iPad rest a bit while charging; power it off or turn on the airplane mode, if possible.

Do not charge the iPad via your PC USB port

PC USB port is not meant to charge your devices, and it is intended to transfer data from and to the devices through your PC. Charging your devices via PC USB port may take much time, and the quality of the charge will also not be up to the mark, i.e., the power will drain out much faster. A much better alternative to PC USB port is the power adaptor which connects to the wall socket of your house or office. Another piece of advice is not even to use the iPhone charger to charge your iPad; many iPhone chargers are 5W (5Vx1A) which is not at all enough to charge an iPad, mainly because iPad’s battery is much bigger than an iPhone’s battery.

If you want to use the iPad while charging, minimize the usage!

How fast does the Google Pixel phones charge?

When we hear the word ‘Google,’ suddenly an image pops up in our mind with Google written in its classic colors. Google is well-known for its wonderful search engine, but over time it has developed and launched thousands of other services including the Android operating system, google drive, Google play music, Gmail, maps, goggles, duo,...

How to fix when your iphone 5 battery case won’t charge?