How much mah to fully charge iphone 7 and 7 plus?

The life of the phone is highly dependent on the way you treat its battery. A well-cared battery will most definitely result in a long-lasting phone. And with phones such as iPhone7 and 7 plus, you would want to figure out ways to preserve its battery and protect it from any kind of damage. But, to do so you would want to know exactly how many mAH is required to charge iPhone,  iPhone 7 & iPhone 7 Plus in particular.

Rumours suggest (later confirmed by TEENA, Chinese regulatory body) that the iPhone 7 and 7 plus has comparatively higher battery capacity than its predecessors iPhone 6s. To be more precise, it is stated that iPhone 7 has 1,960 mAh battery which is slightly bigger than 6s (having 1,715mAh battery) whereas iPhone 7 Plus has 2,900 mAh battery size which again is bigger that iPhone 6s Plus (2,750 mAh battery).

With an increased battery capacity, you can be sure that Apple’s claim of 2 hours extra battery life will turn out to be true. The credit of extended battery life not only goes to efficient hardware but also to the improved battery size. However, the new chip set and brighter screen can play a major role on the performance of the battery.

How long does it take to charge iPhone 7 and iPhone 7 Plus?

iPhone 7 has been a great success in the smartphone industry. With its efficient hardware, bright display and improved battery life, people flocked in droves to get their hands on this incredible smartphone.

But there is still one aspect of the phone which is miserably lagging behind – the charging time of the battery. It is true that the battery size is larger than its predecessors and due to this, it takes more time to charge. On an average, iPhone 7 takes almost 2 hours to reach 100% charging which is way higher than its competitor Samsung Galaxy S7 and its predecessor iPhone 6s.

However, its users claim that the charging time is highly dependent on the way you charge it. If Bluetooth, mobile data and Wi-Fi is powered off then it takes roughly 45 minutes to fully charge the battery from 20% whereas if the phone is in use, it could take up to 3 hours.

iPhone 7 Plus is a large smartphone with a comparatively smaller screen size. However, it is a power-consuming phone so it roughly takes 3.6 hours to fully charge the phone from 0% and that too with a supreme quality charger and power cable.

As suggested by AnandTech, iPhone 7 Plus should come with a higher power AC adapter as the 5W charger is incapable of supplying sufficient power to the battery. Well, most of the users suggest to use iPad charger with iPhone 7 Plus to improve the charging time but we are still doubtful of how it could affect the battery life. 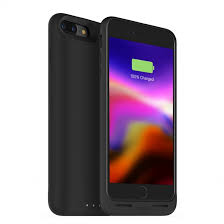 With a high battery capacity, it is truly difficult to find a power bank that can charge your phone multiple times. To find that out, you first need to know how many mAh is needed to charge iPhone 7 Plus but a power bank of 8800 mAh with an actual output of 5V can charge up to 4 times.

Things to Consider for a Healthy Battery Life:

If you want to keep the life of your iPhone battery long-lasting, then consider these few tips:

Why Are Rolling Backpacks Deemed UNCOOL in School?

As the students transgress from kindergarten to elementary to middle school, the amount of weight they carry on their shoulders increase simultaneously. With a heavy burden of textbooks, notebooks, pencil cases, folders, sheets and gym class accessories on the students’ shoulders, students increasingly begin to complain of shoulder and back pains. In order to deal...

How to fix when your iphone 7 won’t charge when plugged in?

If your iPhone 7 won’t charge when plugged-in then you need to take it seriously. There could be number of reasons to this issue. From damaged charger, marred cable to corrupted software to dirty port; all can play a major role in halting down the charging process. Your phone might be plugged in giving an...