How fast does the Google Pixel phones charge?

When we hear the word ‘Google,’ suddenly an image pops up in our mind with Google written in its classic colors. Google is well-known for its wonderful search engine, but over time it has developed and launched thousands of other services including the Android operating system, google drive, Google play music, Gmail, maps, goggles, duo, photos, docs and so on. The list will never stop!

One of the recent successes of Google was the introduction of phones under its brand name. The two very famous series of cell phones by Google is the Nexus family and the pixel family. Pixel is the latest launch of Google smartphones and is a phenomenal one. Features are ranging from an insanely fast RAM to crystal clear camera, and everything is just perfect in the Google’s flagship phone. One new feature which the buyers seek in their new phones is the charging time and battery life. The Google Pixel does not lack in any of the two. It does lack in the charging time, which is quite less!

The Google Pixel has a non-removable 2770 mAh Li-ion battery. Google claims that its Pixel phone can get enough charge in 15 minutes to run 7 hours, provided that USB-C cable and charging block are used which are provided initially in the box with the phone. However, if any other third-party charging equipment is used or the phone is charged through the PC USB port, the charging time would increase considerably.

To charge the phone to 100%, the user requires around 45 minutes. The remaining 30% to 40% takes a long time just because of the fast charging mechanism which charges the phone at a rapid pace in the beginning, but the speed drops as the phone gets more and more charged. In any case, 45 minutes time is still excellent to charge a smartphone fully!

How fast does it charge? 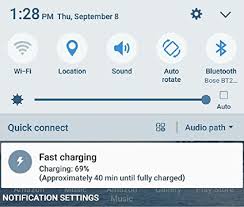 Moving on to Google Pixel 2. So, how fast does Google Pixel 2 charge? The phone has a 2700 mAh battery which is very similar to the first Pixel phone. Google still claims a 7 hours usage time with 15 minutes of charging. However, it is slightly slower than the first Pixel when charging times of the two are compared. The Google Pixel 2 takes around 1 hour 10 minutes to get fully charged from 0 to 100%. Although the charging time is higher, it is set off by increased battery lifespan; the phone consumes much less power than the first-generation phone.

Google released another variant with both of its models of Pixel by the name of XL: Google Pixel XL and Google Pixel 2 XL. These XL devices have bigger batteries than the primary models. Pixel XL has a battery of 3450 mAh while the Pixel 2 XL has a bigger battery of 3520 mAh. Both devices support fast charging, but they take much more time to charge than their primary models. Increased charging time is apparently due to the bigger batteries. However, the claim of 7 hours usage time with 15 minutes of charging still stands in the XL variants.

There is quite some debate, however, over the issue, ‘Google Pixel 2 XL not charging fast’. The primary reason for this problem is the user itself who tends to continually use the device while it is being charged which leads to the battery being charged and drained at the same time.

Another reason might be the temperature. Phones charge much slower when they get colder; this problem is not only with the Pixel 2 XL but with all smartphones. It is a fundamental issue. Anyways, the Google Pixel devices are incredibly efficient and can be charged in a very short timespan if necessary care is taken and recommended equipment is used.

How to do fast charging on iphone X?

Apple’s latest flagship phone, the iPhone X, was announced in September 2007 and finally launched on November 3rd, 2017. The iPhone had all the features needed to be a perfect smartphone of this era with specifications ranging from a fantastic camera to lightning-quick face id and the all-new ‘worth-copying,’ wonderful notch at the top. Despite...

How to tell if iPad pro is fast charging?

The most irritating thing for an Apple product user is the charging issue. The device used to take long hours to charge and the power runs out in a brief time. According to many people, this was one of the biggest reasons why people chose other devices over Apple’s devices. However, Apple wanted to change...