General Motors (GM), a global automotive company is united by a single purpose i.e. to earn customers for life. GM like many other car companies is not behind in terms of technology. GMC (General Motor Cars) offer in-car wireless charging as an option on various smartphones. The list of GM wireless charging compatible devices is as follows: 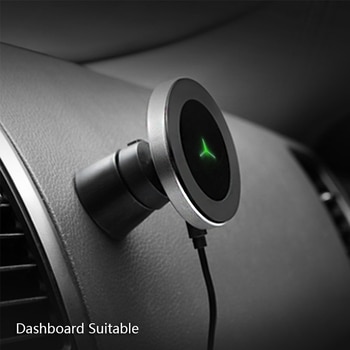 How Does GMC’s Wireless Charging Work?

You can utilize the wireless charging facility in GMC by:

How Can You Charge the Phone?

Making use of wireless charging feature in GMC is simple. Here is how it works;

What makes GMC’s wireless charging feature possible? It is inductive charging. Inductive charging let electricity to pass through magnetic field in lieu of cable, wire or other physical connection. Consequently, the battery of a smart phone can be charged without a cable or a wired charger.

The charging surface itself is tidily unified within the centre console lid, and within that surface you will find a coil of wire lying there. So, when electricity has passed through that coil, small magnetic field generates. The device that is, capable of charging through this method contain a second coil of wire. This second coil returns the field back into electricity when placed within the magnetic field, and it charges the device.

Now you know about the GM wireless charging compatible devices, and they belong to the companies as follows: Apple, LG, Motorola, Nokia, and Samsung. The questions is: Which mobile device are you planning to buy to wireless charge in your car? It is up to you to decide about the device for your General Motor Car. You can make use of the wireless charging facility in your car either by deploying a charging-ready device or a device specific adapter. If you want to charge your phone, then you will need to charge it methodically in GMC. Charging mobile phones wirelessly is not a rocket science, so if you follow the guidelines mentioned above for wirelessly charging your phone in a car, then you will most likely succeed.

Does The LG G4 Have Wireless Charging?

No, the phone does not have wireless charging. With that said, you can easily convert your LG G4 to charge wireless. We’ll go through the specifics below… Let’s See how to convert LG G4 to Charge Wirelessly? Well, there are two options… LG has it own quick circle case to enable wireless charging, but it...

Motorola Moto G4 is another addition to the Motorola’s line of phones. The phone was announced in May 2016, and it was also released in the same month. It supports the following technologies: GSM (Global System for Mobile Communications), CDMA (Code-Division Multiple Access), HSPA (High Speed Packet Access), and LTE (Long-Term Evolution). The phone is...