Dash Cam Car Charger for Charging On the Go!

The need for car chargers specifically dash cam car charger is on the rise. The need comes from the fact that people these days are too busy to sit around and wait for their mobile phones to charge. So, first there were power banks and battery cases, but those went away due to the disadvantages they had. Power banks were too much heavy, took too much space in the luggage and required the usage of wires which made their use irksome.

Now, it would be wrong to say that the car charger is a new invention, but USB car chargers can be claimed as a new invention. A USB car charger consists of a power adaptor which plugs into the car lighter port and gains electricity from car’s battery to forward it to its USB power outlets. The users use USB cables to charge their phones after connecting them to the USB ports of the adaptor.

Talking about how USB car chargers helped people in multi-tasking, what if these chargers could multi-task even more? Well, that’s not a question anymore, but a possibility and an answer to all the time shortage problems. There are several USB car chargers available in the market which can charge more than one device at a time through their multiple USB ports.

Many of these USB car chargers are available on Gizmoist.com at discounted prices. Here we will be discussing a few of those car chargers which have multiple charging ports making them suitable to charge more devices at a single time.

Available in three different colors,  the dash cam car charger can charge two devices at a single time. It has an output of 5V at 2.1A. 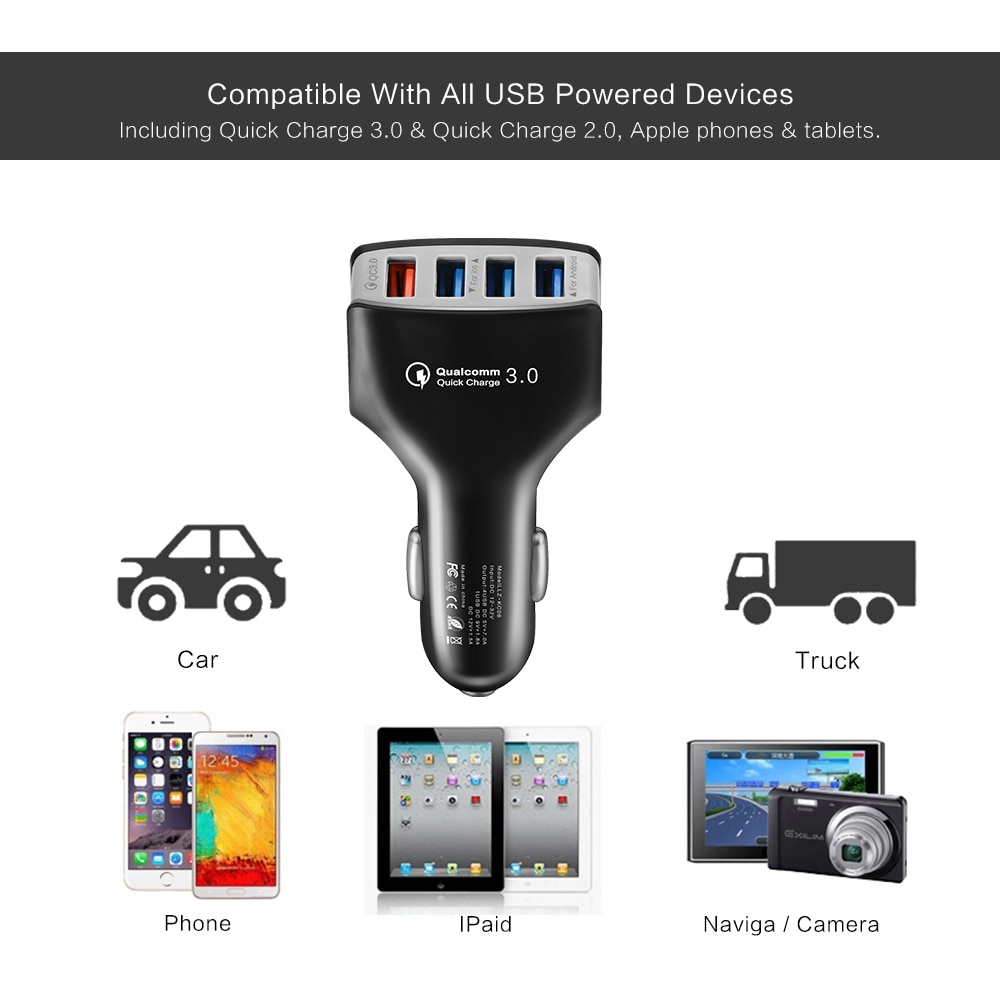 The dash cam car charger is a very good-quality car charger with a capacity to charge four devices together. It has a unique selling point of an extension cord which allows people in the backseat to charge their devices too. It has protection for short circuits, overvoltage, and overheat. A clip at the back of its extension device makes it suitable to be hung anywhere for the beak seat passengers. The manufacturer claims that the charger is compatible with 4x charging which can charge most of the devices up to 80% in just 35 minutes. The indicator light lets you know when the charger is on and when it is not.

Unlike the previously mentioned car charger, this dash cam car charger has 4 USB ports right at the adaptor making it convenient for the front seat passengers to charge four devices together at the same time. This charger is also protected against short circuits, overheat and overvoltage. The device is supported by Qualcomm’s quick charge 3.0. The Qualcomm’s quick charge 3.0 is four times faster than other charging techniques, and it is also around 38% more efficient than the quick charge 2.0. The buyers can choose between 2 colors, silver, and black.

People mostly have to buy dash cam car chargers separately for their cameras. However, these aforementioned car chargers are capable of charging dash cams too through USB cables. Moreover, the last two car chargers can also charge a dash cam, mobile phone, and a tablet at the same time while still leaving an empty port behind. These, and many other chargers available at gizmoist.com are highly recommended because the website has frequent sales along with very reasonable prices and outstanding quality. You do not have to worry about explosions, fire or damage to your car’s battery or the mobile phone while using these car chargers.

Will Cup Design Car Charger Fit in my Car?

Is the Mophie iPhone 6 Plus Battery Case Best For Use?

Battery cases are just like other normal protective cases with the ability to provide your phone with the power when it needs it. Joyroom and Goldfox are one of the oldest manufacturers of battery cases, and it introduced the battery cases in the market that spoke of high quality . Joyroom is one of the...