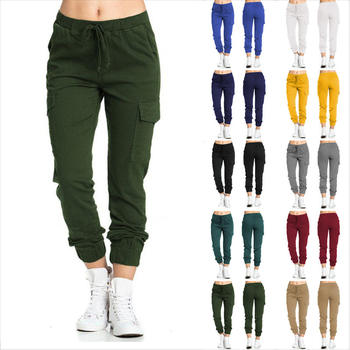 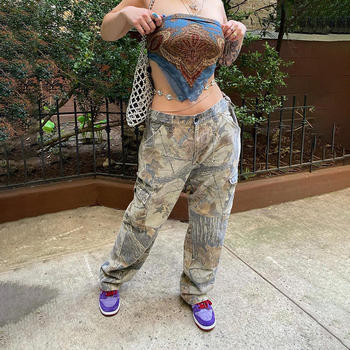 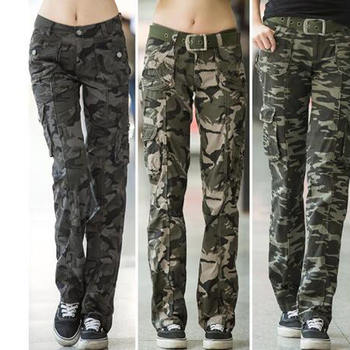 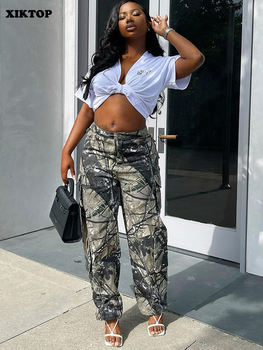 −54%
Women’s Camo Cargo Pants Vintage Hipster Streetwear
(3 orders)
Womens camo cargo pants are a staple for their wardrobe. They're perfect for everyday wear and can be dressed up or down with ease. But, with so many different styles to choose from, how do you know which ones are the best?

Camouflage cargo pants are a type of military-style clothing that is designed to provide camouflage in the wilderness. They are typically composed of three colors: green, brown, and black.

Cargo pants, also known as “cargoes” or “khakis,” are trousers with multiple pockets on the front and sides. They can be worn by both men and women, but they're traditionally worn by men. After the war, they became fashionable among civilians and were often used in place of backpacks by students.

Military-inspired clothing has been one of the most popular fashion trends in recent years. The trend has been popularized by celebrities like Rihanna and Lady Gaga, and it is a trend that is not going to be going away anytime soon. With an era of female empowerment, it should come as no surprise that the military trend has started to take on a more feminine tone with women taking over the camo print.

How to choose your new pair of women's camouflage cargo pants?

Picking out a new pair of women's camo cargo pants can be a daunting task. With so many options available, it's hard to know where to start. There are so many different brands, colors, and styles of camo cargo pants that it can take hours to find the right pair for you.


Why army fatigue pants for women is a recent Phenomenon?

Army fatigue pants are a recent phenomenon that traces its roots back to the Vietnam War.

The military uniform for US soldiers in the Vietnam War was a green jungle fatigues. The army fatigue pants were introduced to provide protection from the harsh environment, but they were also designed to be comfortable and lightweight.

The design of these pants was influenced by other military uniforms as well as civilian clothing.

These pants became popular among civilians in the 1990s and have been adopted by fashion designers who have created their own versions of these trousers with different materials, colors and cuts.

Avant-garde Clothing Luxuries for Women Who Dare to be Different

Avant-garde clothing is not just about the clothes, but also about the attitude that comes with it. It is a form of fashion that challenges the norm and inspires people to be creative in their own way.

It is hard to find a woman who doesn't enjoy feeling like they are wearing something different from what everyone else wears. Avant-garde clothing gives women the opportunity to express themselves through fashion, which is something that many people can relate to.

Why shop with us

Our Buyer Protection covers your purchase from click to delivery